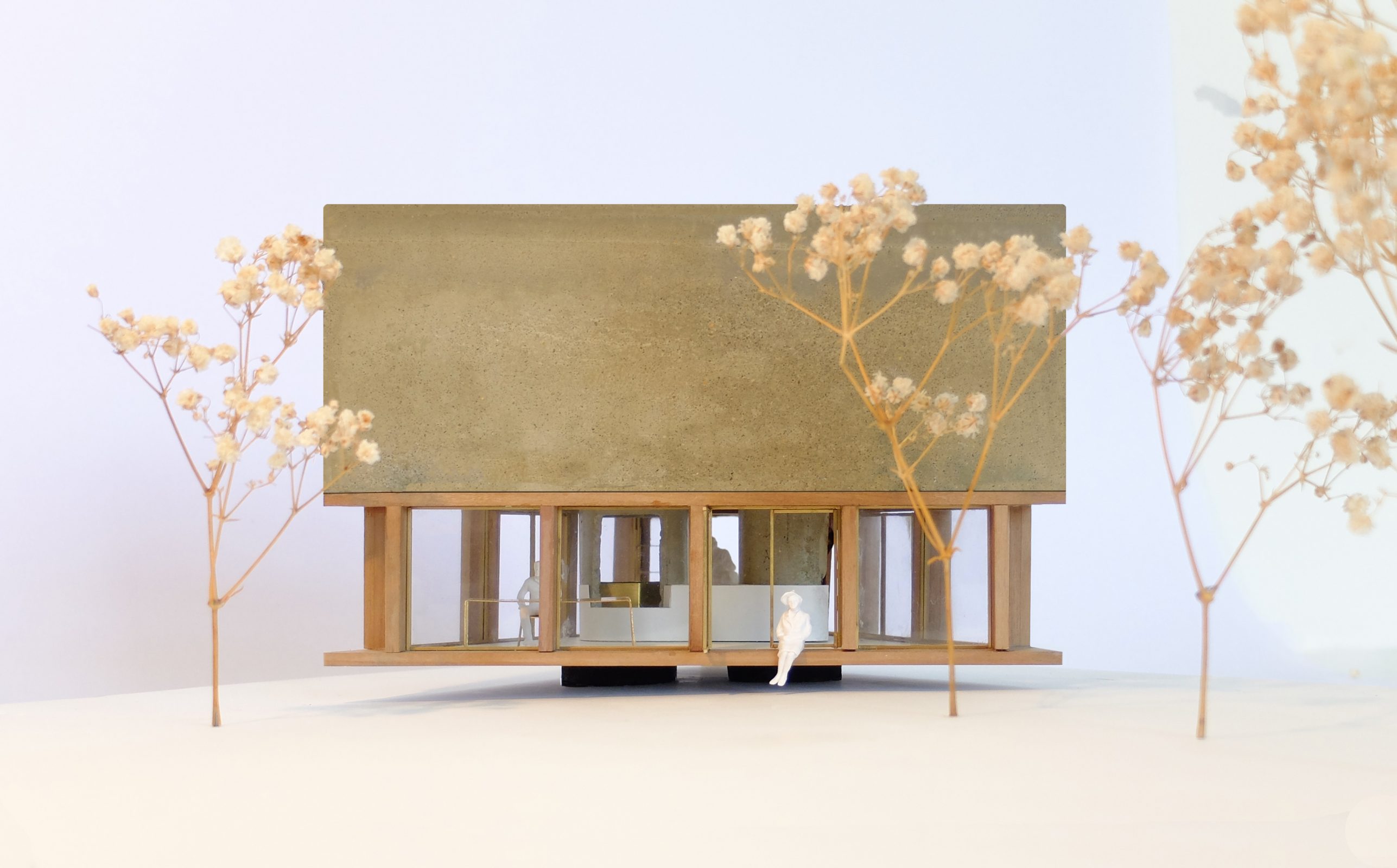 This is not just a house in a landscape. It is a one-person factory for an expert in the digital knowledge economy. The cosmopolitan internet-worker is suddenly also a rural dweller, and this condition offers destabilizing inversions. The first inversion concerns the public-private gradient between the exterior and the interior. The sparsely settled landscape offers more privacy than the heart of the house: the digital space where the inhabitant works. The screens, connections, structures, and networks of the digital realm position her into continuous mental nudity. There is no reason to provide walls and separations from the outside - she can live in full transparency to the surrounding nature. This is a formal inversion of the historical privacy gradient of any dwelling, in which intimacy is increased towards the interior. 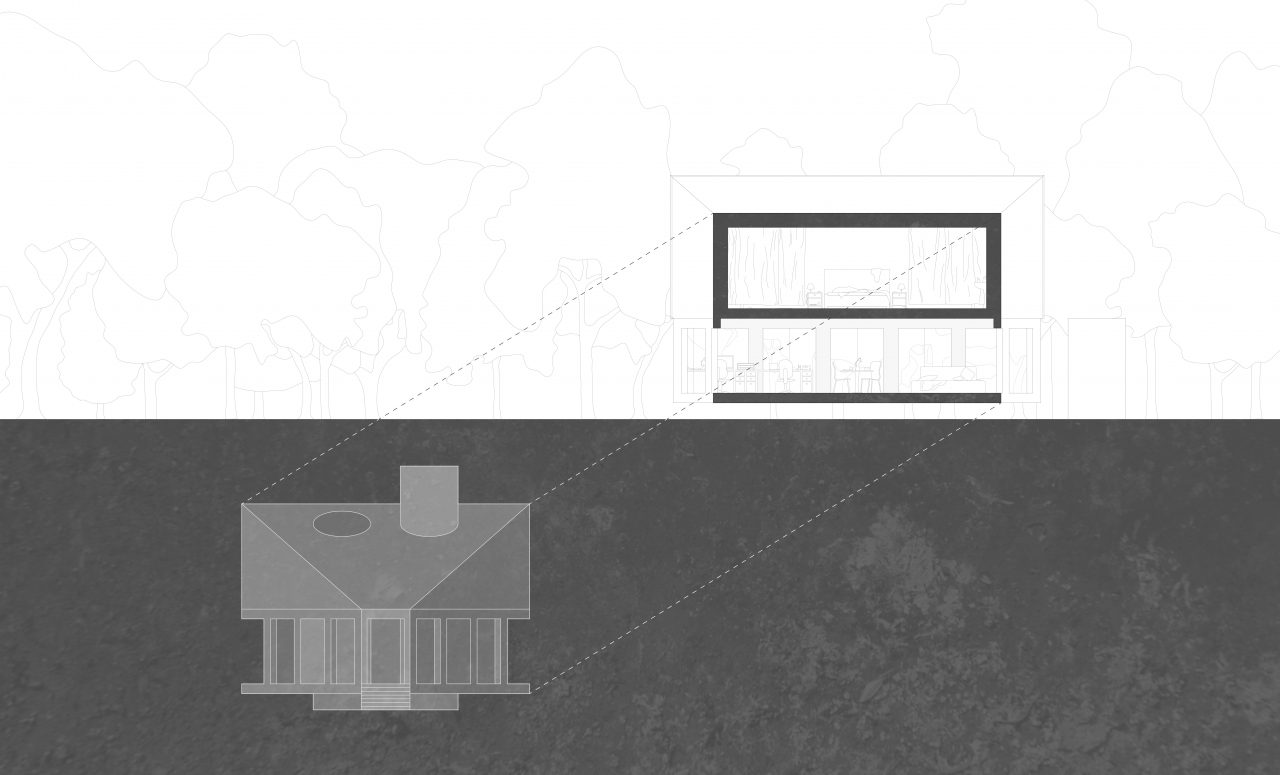 The formal inversion goes further. The inhabitant does not live there - she is merely visiting. The nature of her labor removes all geographical constraints on her work, and she can be anywhere. The lodger is not rooted in the house, and the house itself is not rooted. Without a footprint on the earth, it cantilevers and floats. A medieval schloss and a dam - the two mineral behemoths that define the architecture of the region - advise the form and material of the Esuoh, but it must itself remain disconnected, unplugged from the territory: simply hovering above the primitive landscape, endowed with the impossible mineral weight of the (architectural) history that surrounds it. Esuoh House is composed of six large concrete triangles that form the colossal upper mass, three highly composed wooden Vierendeel beams that span and support them, two concrete cylinders that root an unrooted house, and an additional alien concrete cylinder (for the camper to evacuate), completing this choreography of elementary forms. 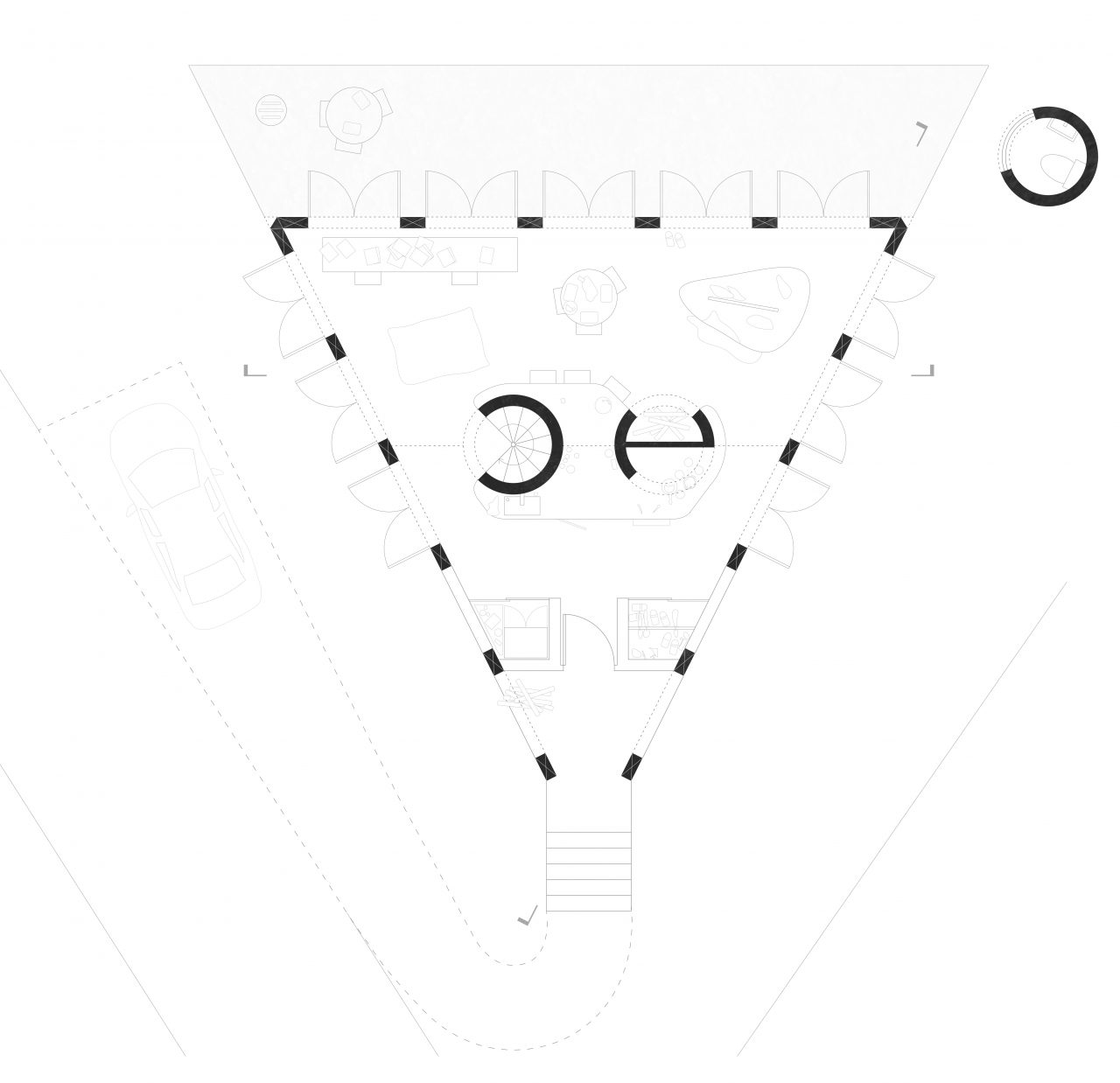 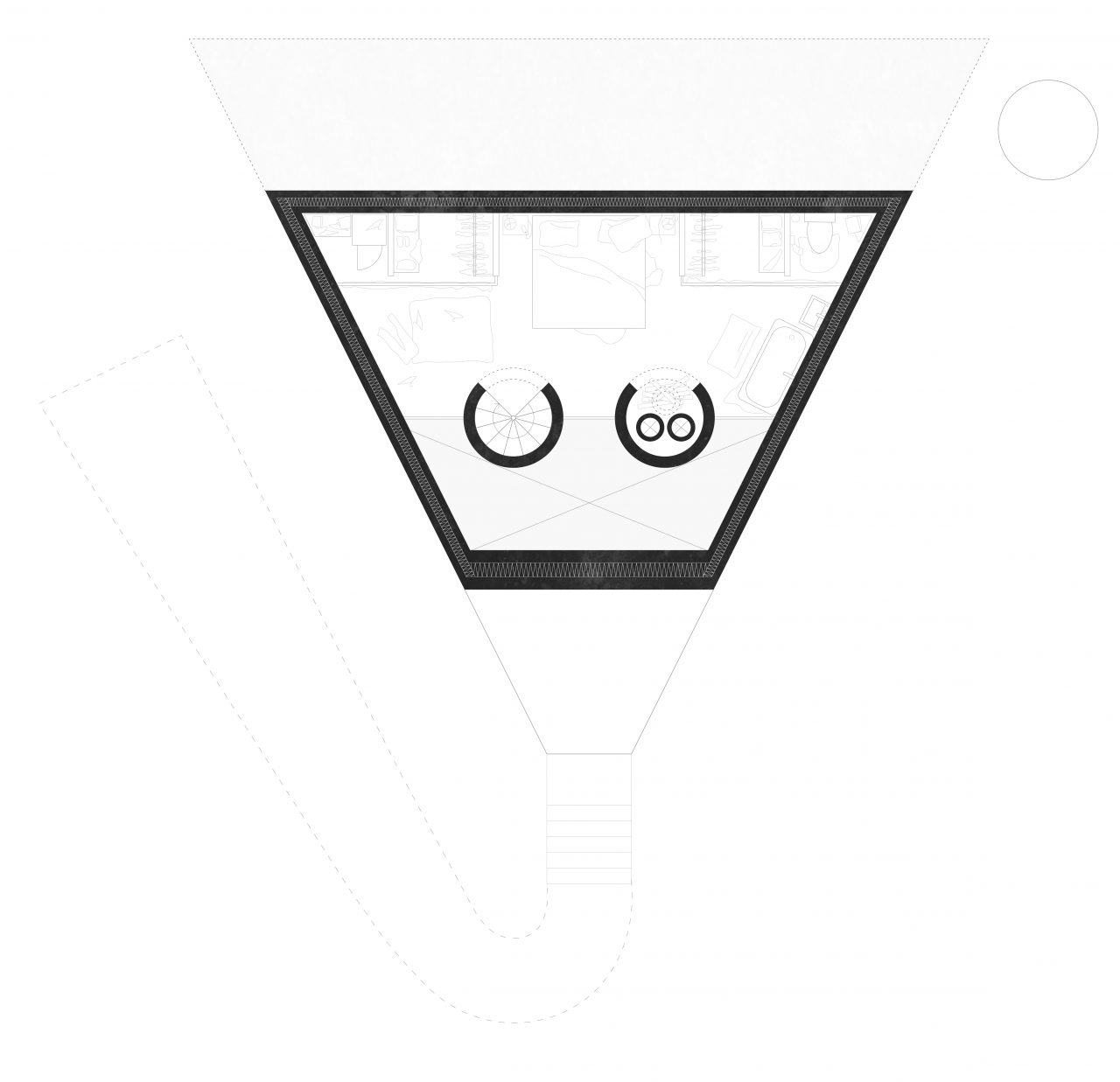