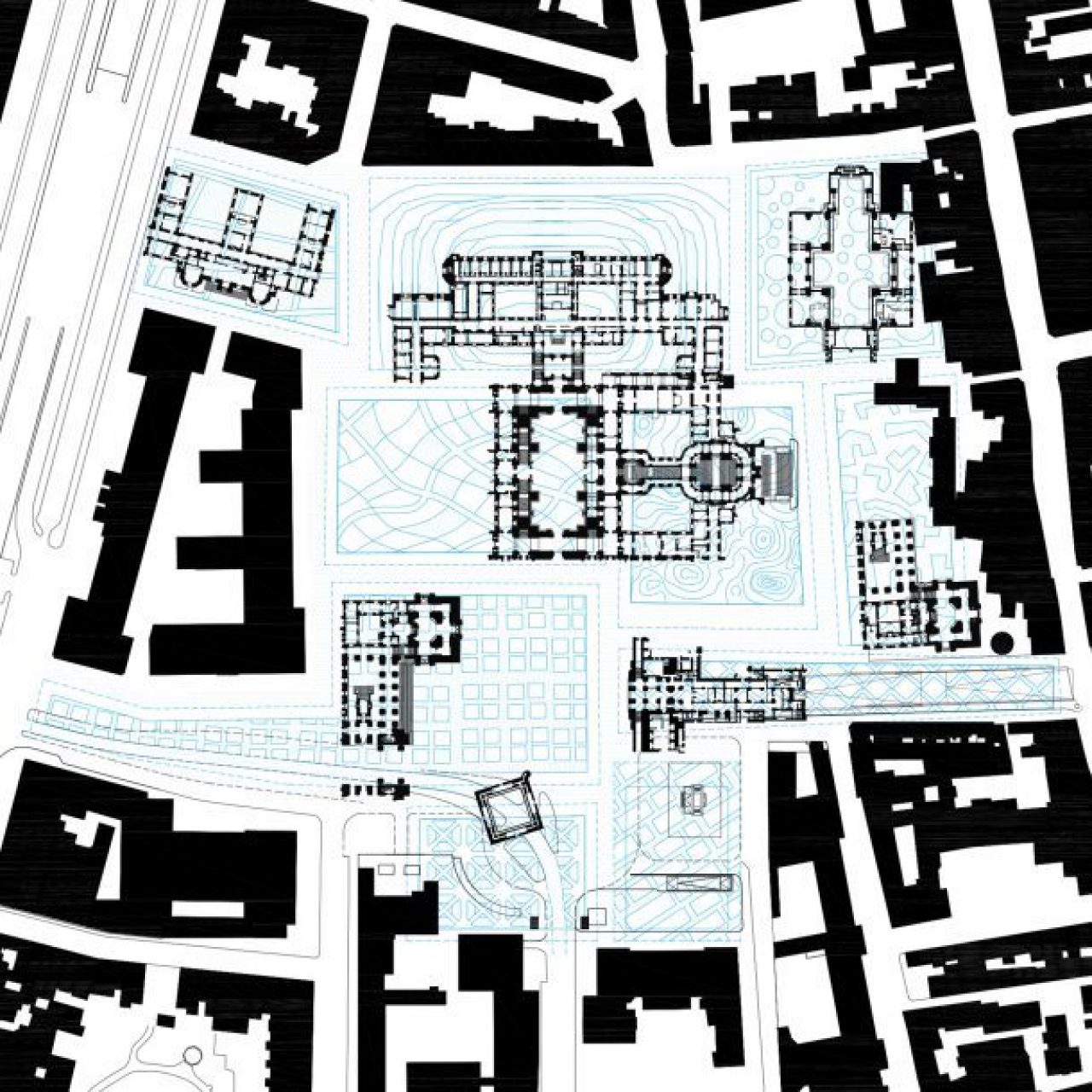 What is a monument to our own time? Do we want one, and what does that entail? The Brussels Palace of Justice is under renovation and restoration. The structure is immense, at one point one of the largest buildings in the world, and a monument to the concept of law and justice when it was built in the late 1800s. If we consider this renovation an opportunity to make a monument for today, we must dare to re-activate the powerful eclecticism contained in the architectural constitution of the Palace of Justice, by dismantling its singularizing structure and reconstituting the building as a series of fragments, akin to an assemblage for monuments, or an assembly of viewpoints, ideas, and powers. An assemblage is a symbolic form of the perpetually negotiated conflict of interest that is the organizational principle of liberal democracy. What the Soviet Palace was meant to embody for Stalin’s Russia, these assemblages will be for the European Union: the symbolic form of an idealized organizational principle.

A notorious eclecticist oversized building from the late 19th century, the Palace organizes almost any style of the western world into a self-aggrandizing ziggurat. We read the palace of justice not as one big monolith, but rather an eclectic composition of distinct fragments, each summarizing a stylistic moment in the history of architecture. This entry executes the historical modernist manifesto of the new monumentality as a liberal, pluralist symbol. The resulting assemblage is a visitor center for the European Union. We propose that the in-and outside of the monuments be connected by a continuous ground floor surface, extending from the inside of the building to the parvis in front of it. This breaks up the enormous outdoor space into a series of gardens. This concept received an Honorable Mention.