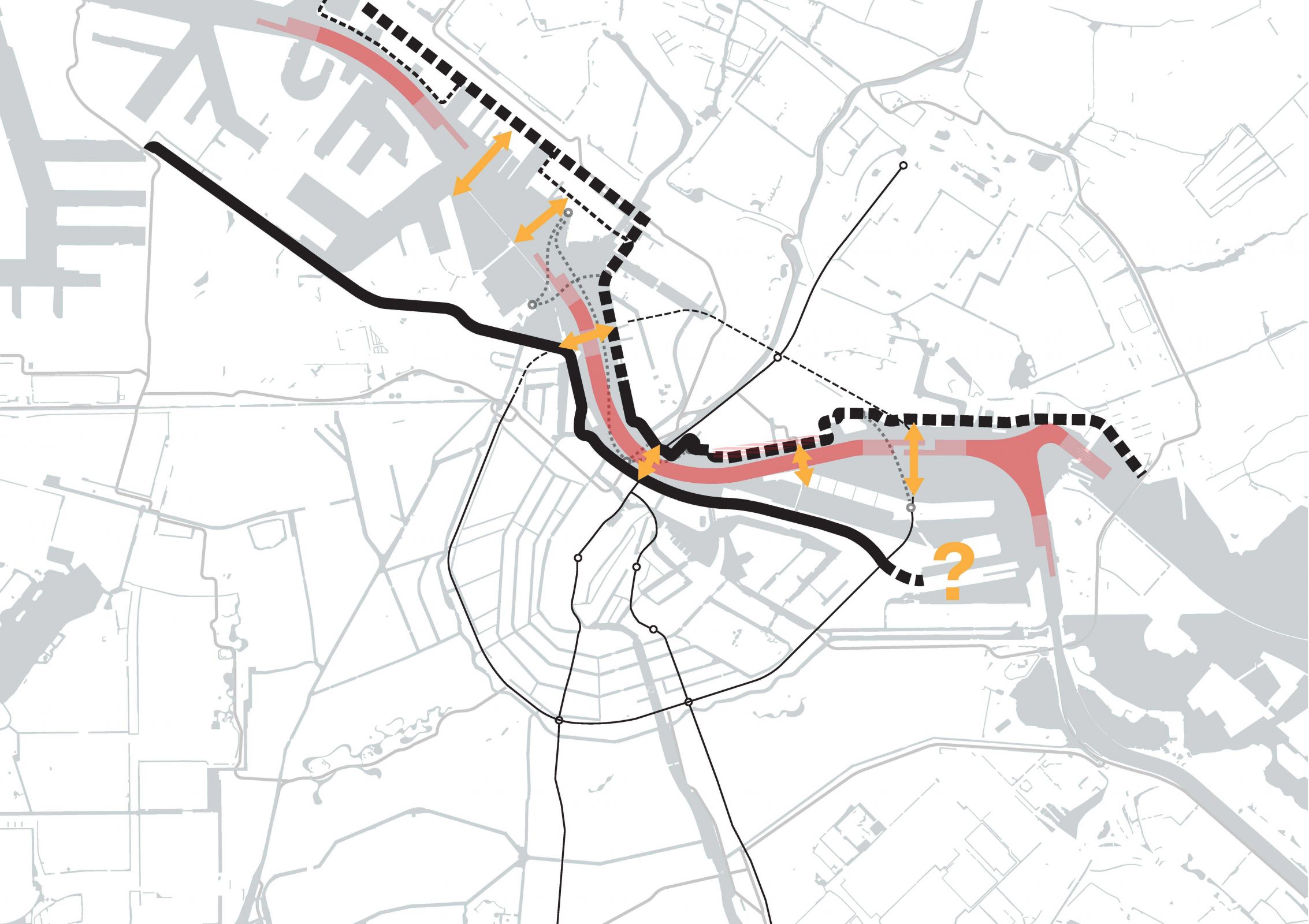 The Adviescommissie Oeververbindingen Amsterdam Committee was asked to formulate advice on connections for cyclists and pedestrians over the IJ river within the city of Amsterdam. The priority actions were to preserve one of the most important arteries for transport over water, while also providing cyclists with a connection that is both useful and pleasant. Historically, accomplishing this has proven to be a complicated issue. To tackle this challenge, both authorities (Municipality of Amsterdam, Rijkswaterstaat, Ministry of Infrastructure and Water Management) have jointly commissioned the independent Adviescommissie Oeververbindingen Rijkswateren Amsterdam, to formulate where, when, and in what way the banks of the IJ should be connected in the (near) future.

Amsterdam, a city with about 1 million inhabitants, is quickly expanding. This growth puts pressure on its infrastructures. At the same time, this growth shifts the center of gravity of the city away from the historical center. The Amsterdam of the future is emerging along a ring around the historical center and on the, so far underdeveloped, North bank of the river IJ.

There are very few connections between both banks of the IJ for cyclists: almost all cross by ferries, which are reaching their maximum capacity. Attempts to construct bridges or tunnels in the past have failed because both responsible parties, the municipality of Amsterdam and the Dutch Ministry of Infrastructure and Water Management, could not reach an agreement over which form of connection would be acceptable to both cyclists and traffic on the IJ. As head of the Advisory Committee, Alexander D’Hooghe and ORG have been involved in forming and advancing advice concerning the construction of new connections between the banks of the IJ river in Amsterdam.