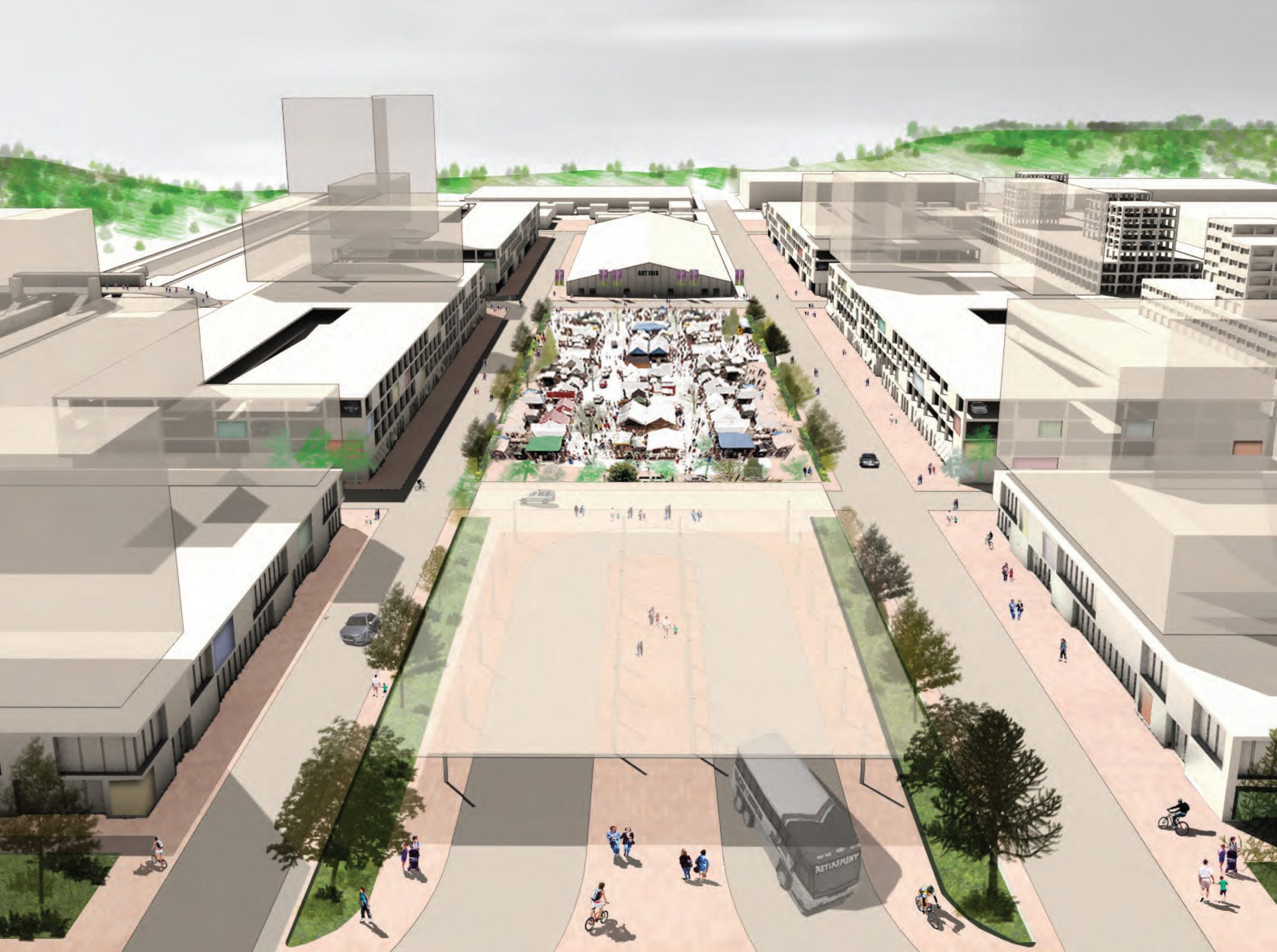 View of the bus station, farmer’s market and art center, as seen from above Overview of general development model for the middle ring suburbs

The model proposed here exists in an abstract, disregarding the limitations and constraints that any specific site would impose. Its general principle is to 1. introduce specific value-adding programs 2. attract and mix potential audiences with specific infrastructural re-wirings and 3. develop specific transportation solutions.

The model does not depend on spectacular architecture, or high-density development, or a big mix of uses - although these elements are all welcome. Such architectural criteria would see the finality of development as realizing something akin to a compact historic city. While such ambitions are acceptable, they are not suitable for a Middle Ring suburban transit-oriented development (TOD). The Middle Ring development research defines a specific type of built environment, it is neither bucolic (suburban) nor dense (urban) but a different creature altogether.