The Abattoir Foodmet is a Mixed-use market located in the immigrant neighborhood of Anderlecht in Brussels, less than 2.5km (1.5mi) from Brussel Centraal train station. The neighborhood houses many immigrants who are new to the city, acting as a landing place for people to arrive. The project includes industrial meat production facilities, various public market stall types, logistics, and parking spaces, and an active large-scale commercial urban farm for produce and fish on the roof, the largest in Europe (4000 m2, 43,000 ft2) with related retail programs including a farm-to-table restaurant. The market building, opened in June 2015, is the first phase of a district plan, which will convert an industrial slaughterhouse into a mixed-urban environment with residential housing, a semi-housed pool and fitness center for the public, and many neighborhoods amenities. 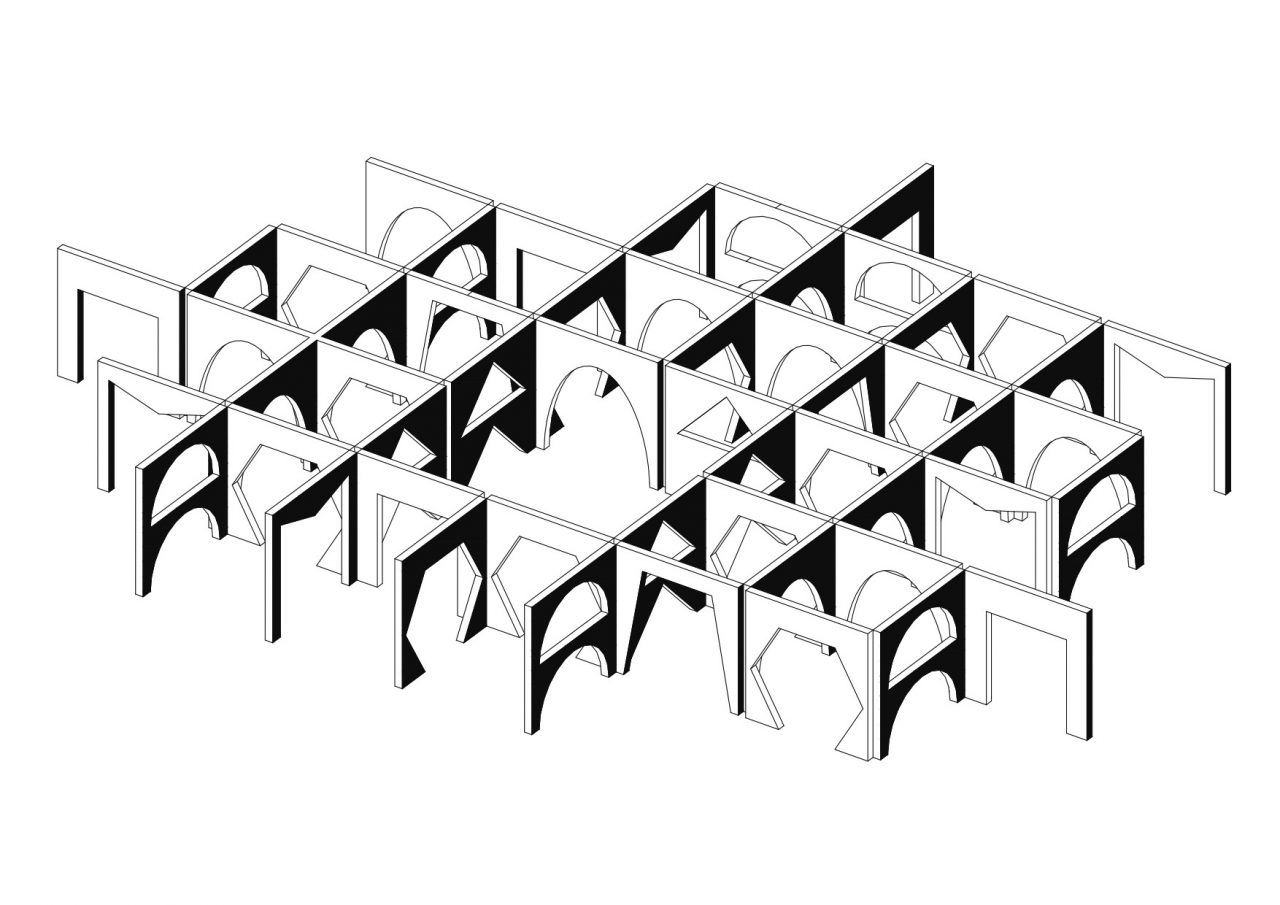 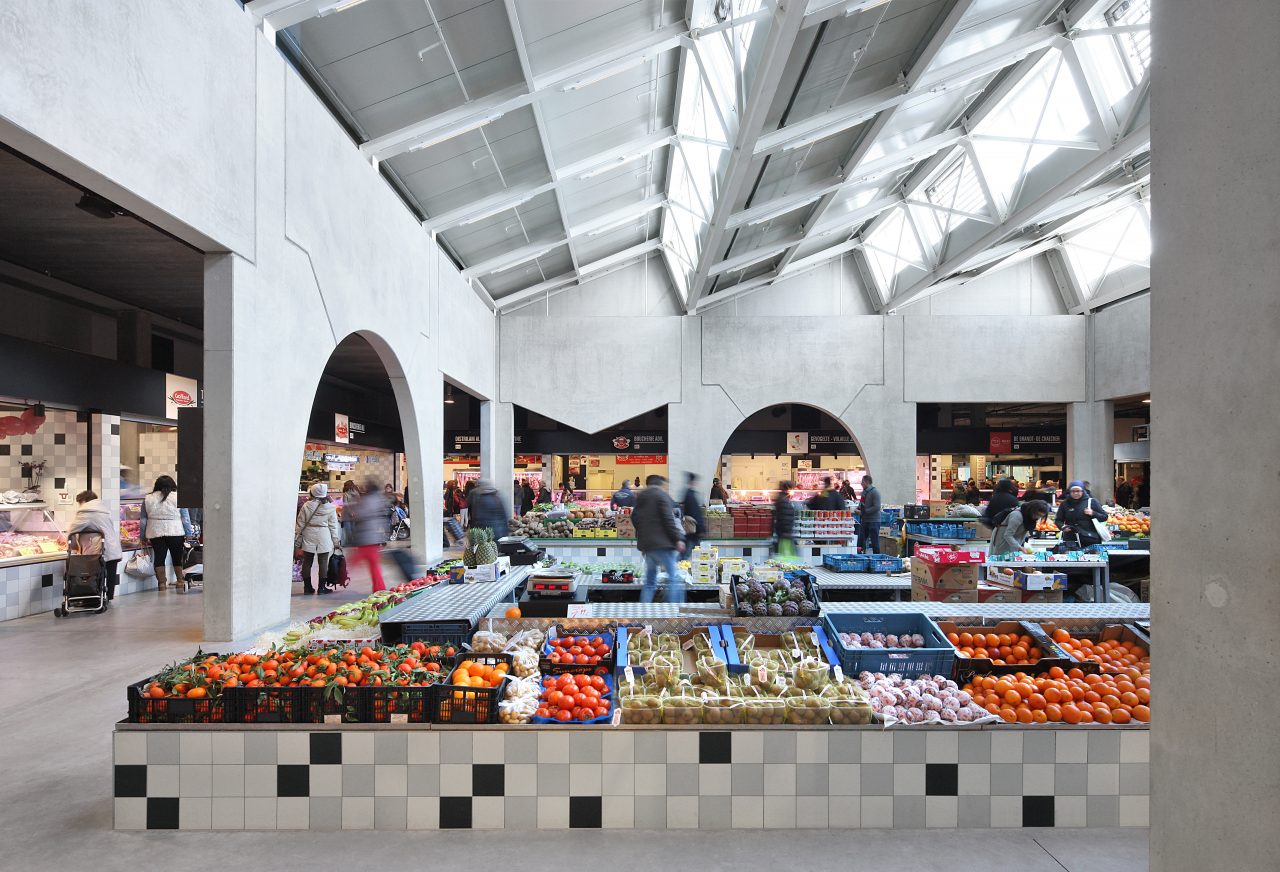 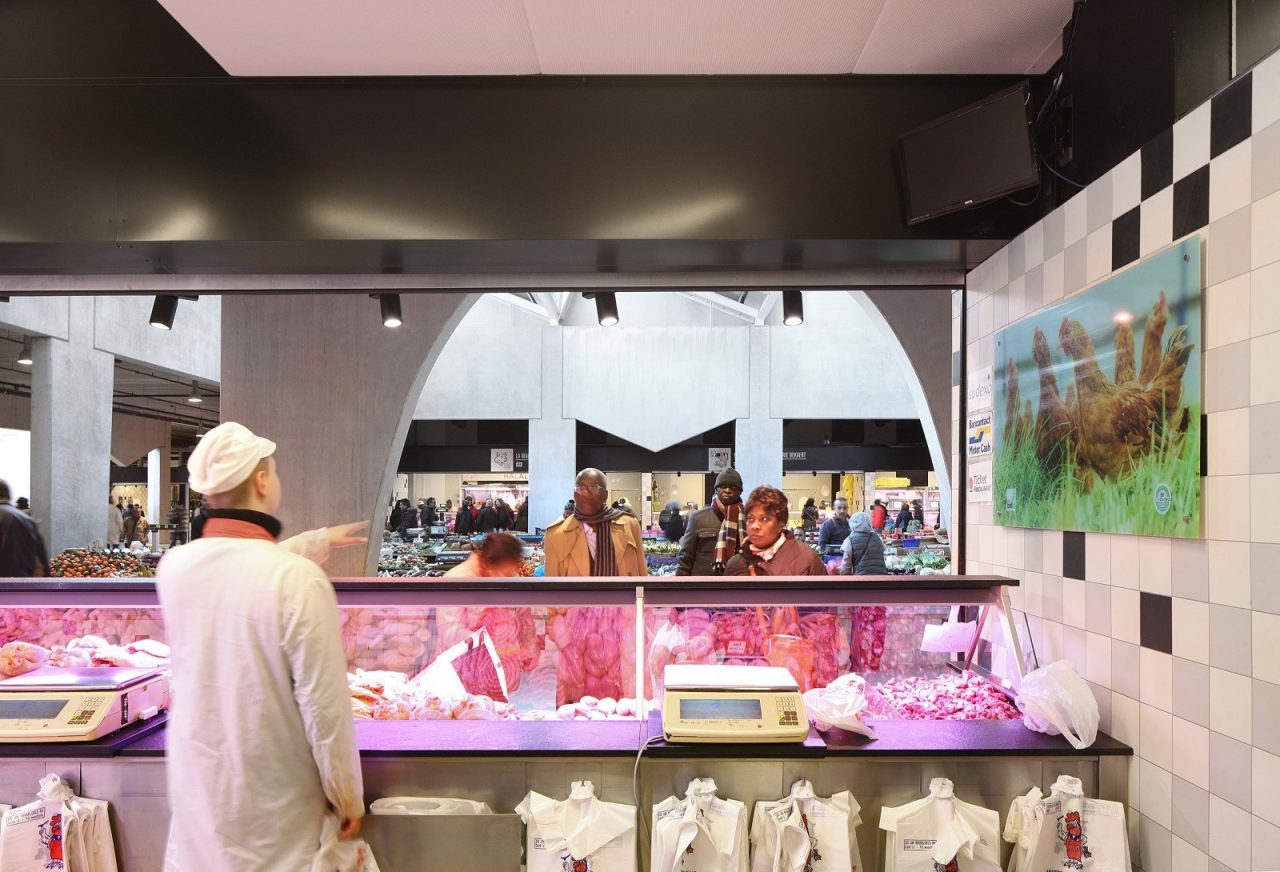 The project embodies the shared and at times conflicting interests of multiple stakeholders: from civic leaders to private developers to citizens. Numerous participated, informed, and helped shape the design process. ORG investigated project feasibility, imagined development scenarios, and organized neighborhood meetings in order to build in an opportunistic way consensus.

The building has set the stage for future development, i..e, via its proportions, construction logic, and most importantly, by defining the edges and new public spaces for a larger master plan. In addition, as the first project of a larger urban vision, the Food Market can become a symbol and an icon that communicates the current values and aspirations of the community.

The Food Market is a building with a civic presence. However, the character of that civic presence is not predetermined by an architectural style or spatial configuration. The different floors can be almost anything: zoned programs, parking, logistics, plaza, farming, for work or living. The project constructs dozens of identical rooms, each connected with every adjacent one. The flexible system is made possible by a variety of repeatable concrete wall panels. The Food Market is a contemporary urban warehouse – a building with a clear urban form, but no mandatory content.

The ‘Platonic Panels’ were invented to accommodate the dynamic and mixed-uses of contemporary urban life. First built for the Mixed-use market (Abattoir Foodmet) in Brussels (construction complete June 2015), the spatial enclosure system, has been displayed in numerous exhibitions internationally including Media Lab, MIT, Cambridge (2011), Art Institute of Chicago (2014-2015), and the Main Pavilion exhibition at the Venice Biennale (2016).

The Platonic panels combine to create a contemporary urban warehouse – a building that has a clear urban form, but no predefined content. The panels form over-dimensioned porticos, dozens of large identical rooms that can accommodate almost any use. Like Kazimir Malevich’s ‘White on White’, the defined spaces reflect the self-identity and pluralism of its inhabitants.

The panels are flat abstract planes with cut-outs that join together to define porticoes, or flexible use zones. These spatial assemblages and environments fit together to create an array of sizes and shapes. The panels are generously dimensioned to assert the abstract plane as a strong definition of space, and/ or allow air space to be infilled with mezzanine floors. The panels can be stacked vertically to further increase the functional possibility and building area.

The panels are made from reinforced “industrial” concrete using steel formwork, not wood. The panels were prefabricated, cast flat inside a factory workshop. Each panel consists of columns and beams.

At the exterior facade, the panels consist of a structural load-bearing panel (interior side), and a ‘facade’ panel (exterior side). There is 8cm of insulation and 2 cm of space between the panels. The ‘rough’ surface - the side of the panel open to the air during casting - is always positioned facing the inner wall, and is thus never visible. The visible surfaces are properly finished. The interior panels, at the courtyards and main market corridors, are simple single panels. As a result, all four cast surfaces are visible, and thus to finish properly, one side was polished by hand. 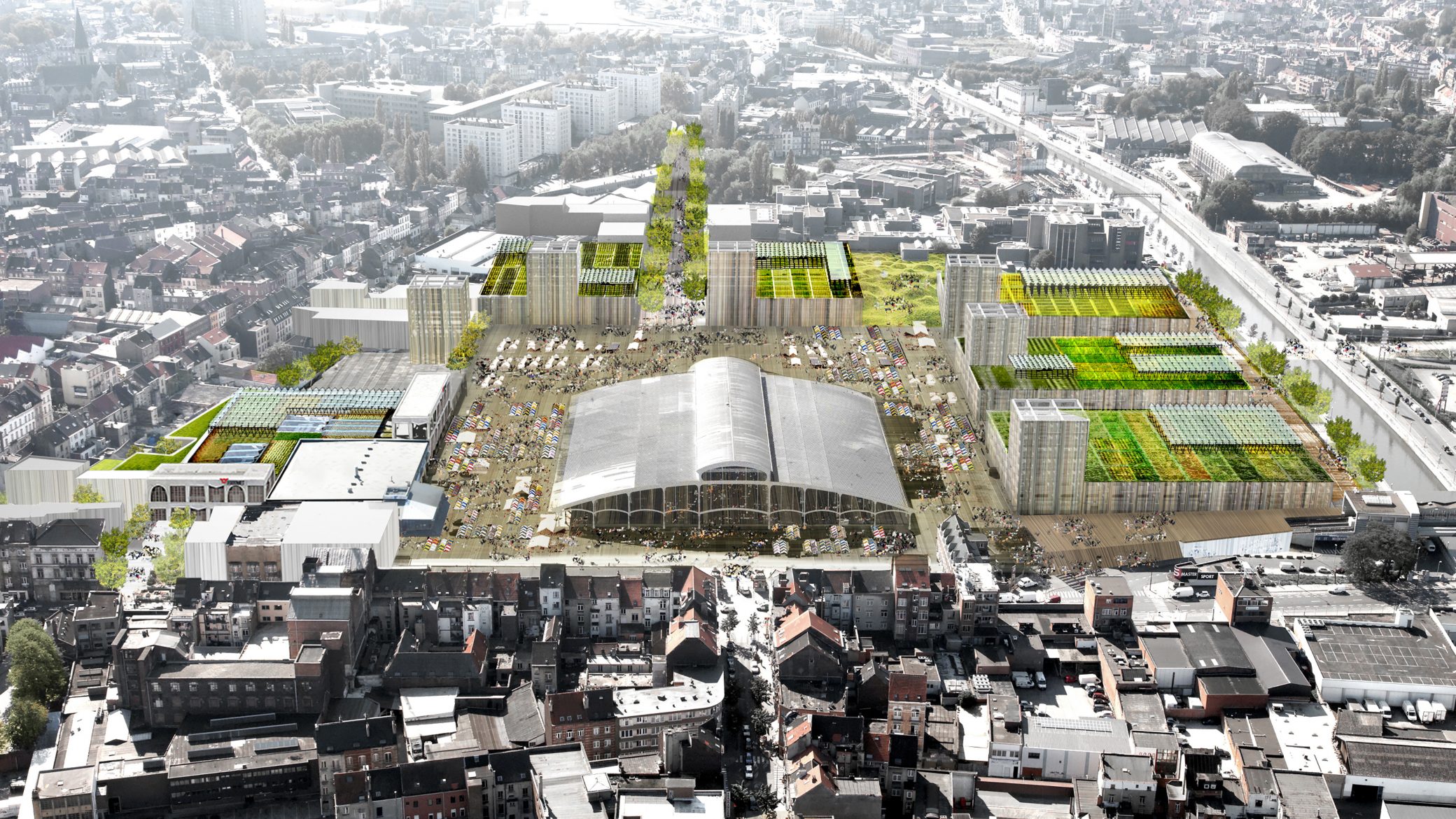