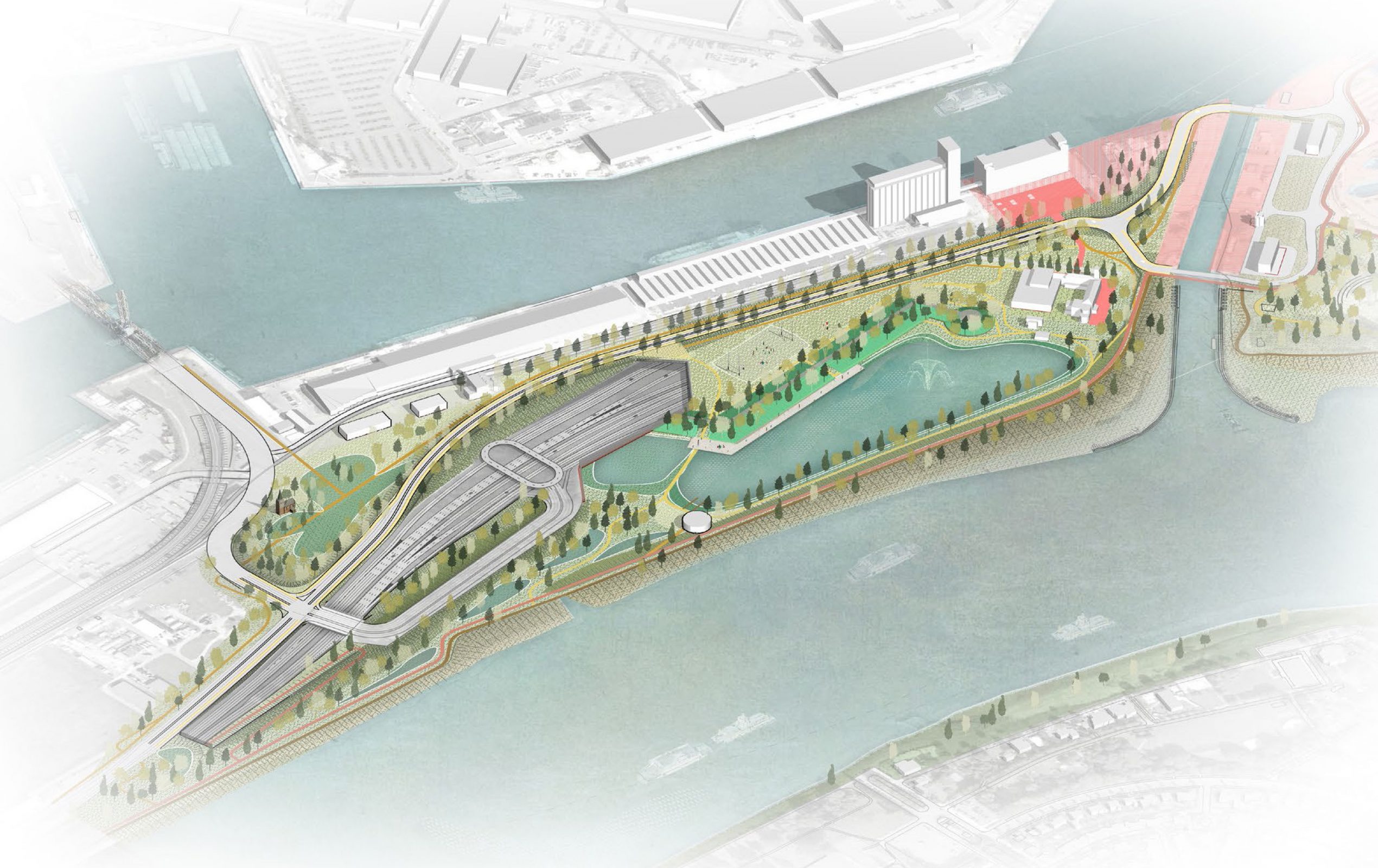 As part of the Capping of the Antwerp Ring, this project investigated and prepared two different infrastructure designs for the motorway exit on Noordkasteel (Oosterweelknoop). The area is located under Noordkasteel, which is a popular park with many informal uses. It’s here that the two new motorways of the Oosterwelverbinding merge, and also provide on and off-ramps to enter and exit. Both the territory’s proximity to use public space and its complex traffic infrastructure meant that careful planning was necessary.

Through research-based design, ORG investigated the transportation impact, and the potential surface of the park, presenting two infrastructure versions of the intersection for stakeholder discussion. One version is based on a design by BAM, the other one on is based on a proposal of Ringland. Both variants defined spatial qualities and provided staging for two phases of the Capping: the minimal “overkapping” and the maximal “overkapping”.

The designs carried several objectives. First, to create a logical and readable bike network that would be safe and easily accessible. Second, to create a loop around the park, which would reconnect the fragmented attractions such as monuments and nature views.

ORG engaged in a comparison study and produced different infrastructure designs for the entrance and exit at Noordkasteel (Oosterweelknoop) where two highways of the Oosterwelverbinding merge. The site’s highways run under the Noordkasteel park, which is a public space with many visitors and has multiple informal uses.

In a collaborative process that has defined the capping project, ORG determined possibilities for public space and infrastructure for the intersection, and then presented designs for a minimal and maximal “overkapping” set in two distinct phases. These designs were discussed in open community work sessions to form one, agreed-upon design.

The final design provided a logical and readable bike network and a connecting loop around the park to provide strolling access to the monuments and attractive nature views. The plans also strengthened the landscape and its structure of dikes and the historic walls of the Noordkasteel and created an urban square around the Samga building as a connector between city and port. The design has organized the infrastructure around the lock in a new way, hiding the motorway and creating a more welcoming and connected environment.